This week in Paris, our president Michael D. Higgins is to deliver a speech which aims to encourage government action in the face of climate change. Unsurprisingly, securing a common ground on how best to protect our environment has been difficult – contentious science and vested interests have stunted many initiatives to control how we use energy. However, if you’ll excuse the water pun, the tide seems to be turning.

Mr. Higgins is to highlight the incontrovertible evidence that unless the environment becomes a priority, serious and irreversible damage to humanity will be caused. A “profusion of science and a deficit of conscience” in modern, individualistic attitudes towards consumption has catapulted politicians towards this impasse. 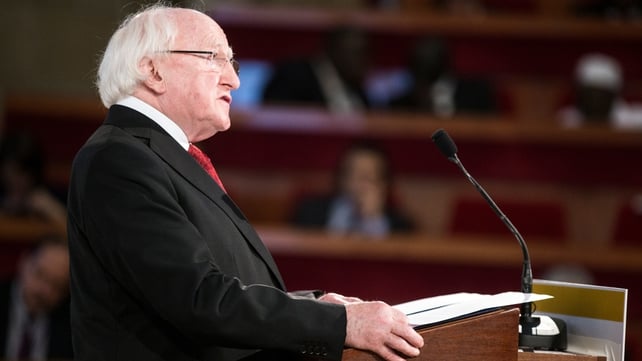 In this own country, the methodology behind the protection of water as resource carries its own controversy, one which will probably not be resolved any time soon. Charging people on a usage basis is one method of ensuring people are more conscientious about their consumption, but this model is not reflected on a national or international level – large companies have no incentive to reduce irresponsible consumption as long as their profits can handily cover usage costs and fines. This has resulted in the problem governments now face, as Mr. Higgins has confirmed in his speech: the models of economics and development do not support good environmental practice or people most affected by climate change.

At our end, we look at our water conservation and leak detection work as a way of helping both individuals and large corporations to realise that systematic, preventable waste benefits no-one. Mr. Higgins’ speech indicates that ‘out-of-sight, out-of-mind’ culture may not prevail for much longer – this can only be a good thing for the international community and its future.